Habitat use of the Red Kite in the region March-Thaya

Study: „Habitat use of the Red Kite in the region March-Thaya North, regional concept March-Thaya”

In the course of the expansion of the windpark in the March-Thaya-Region, a telemetry study on the habitat use of the Red Kite was conducted by TB Raab. In cooperation with Prof. Dr. Ivan Literak (Brno/CZ), 21 Red Kites were equipped with GPS-loggers to analyze their habitat use.

The investigation gave information in order to answer the following questions:

For the first time, Red Kites in Austria, the Czech Republic and Slovakia were equipeed with GPS-loggers, to create the basis for the biodiversity friendly expansion of renewable energy in Austria. In order to visualize the habitat use of the tagged individuals, computer-assisted Kernel Density Estimations were used. The probability density of the individuals was used to depict the areas were the probability to find a Red Kite is 95%, 80% and 50%. 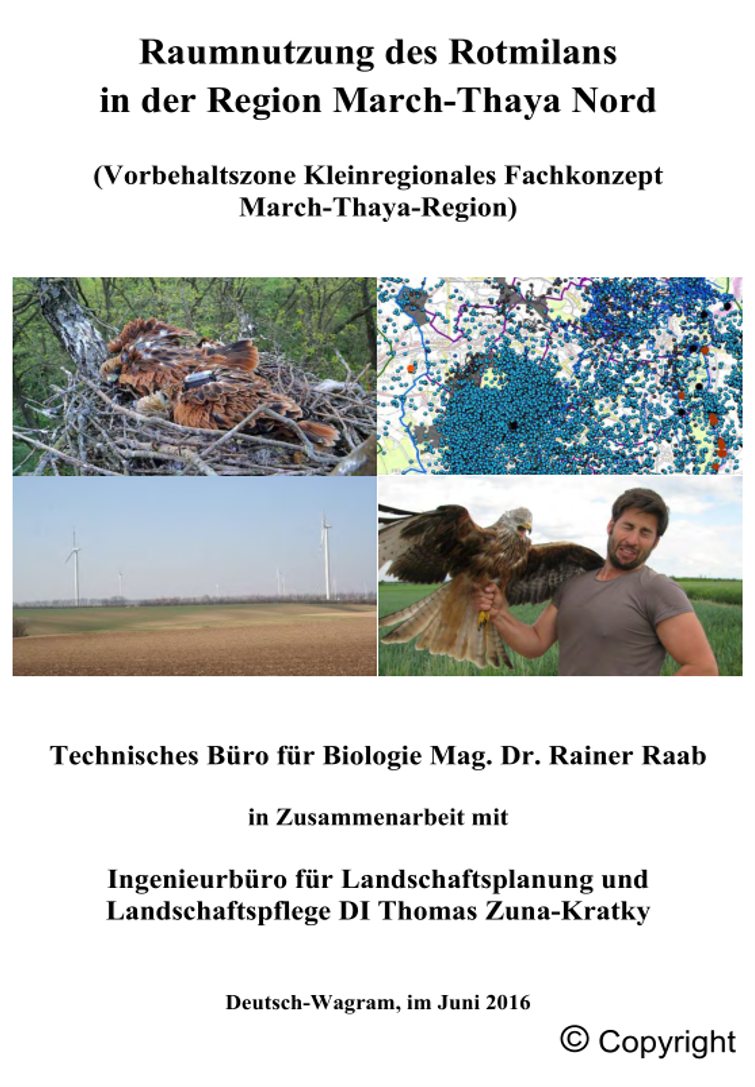 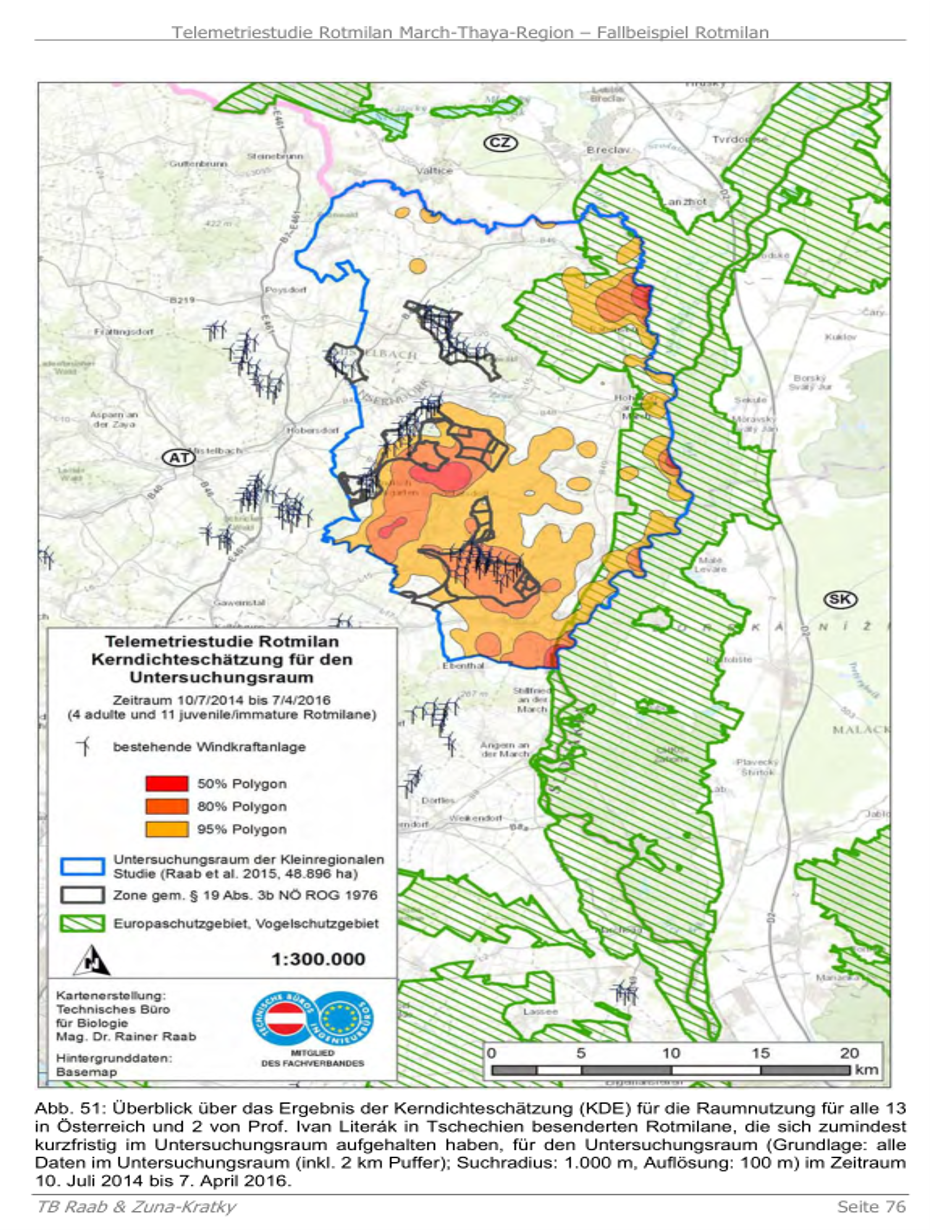